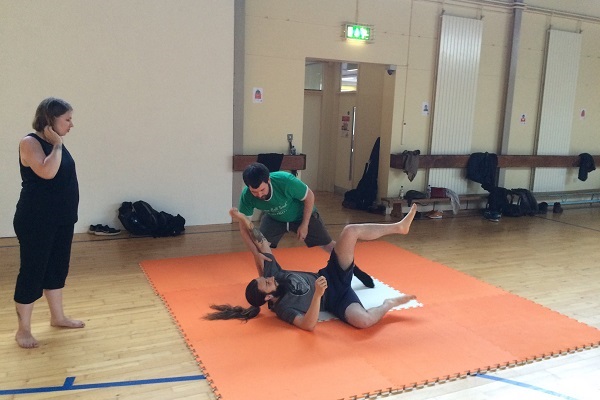 Training
We teach a workable and full martial curriculum to students that enables them to both fight just as those who were originally trained in our Arts and to a level that they could rely upon their skills to defend themselves. To that end, members of the School aim to learn all of the skills involved in life or death combat, including: - Unarmed Striking and Grappling - Dagger attack and defence - Longsword in one and two hands - Poleaxe and Spear Weapons

Fiore dei Liberi
Our primary study is focused on the 600 year old historical work of Master Fiore dei Liberi. The martial system Fiore laid down is very no-nonsense in approach and the Exiles learn the Art with this mentality in practice. The system and techniques we practice from Fiore's work have been researched not only by members of our group since 1992 but also by members of many other groups and societies, with whom we often work to further our common goal of studying Historical European Martial Arts. Although it is a relatively recent development, this community of like-minded groups is growing rapidly, encompassing members from all areas of combat study and mainstream martial arts from across the world.

Grading
The entire system is integrated and we follow a level grading system within the curriculum.